Posted on March 1, 2014 Posted By: adminCategories: In the News 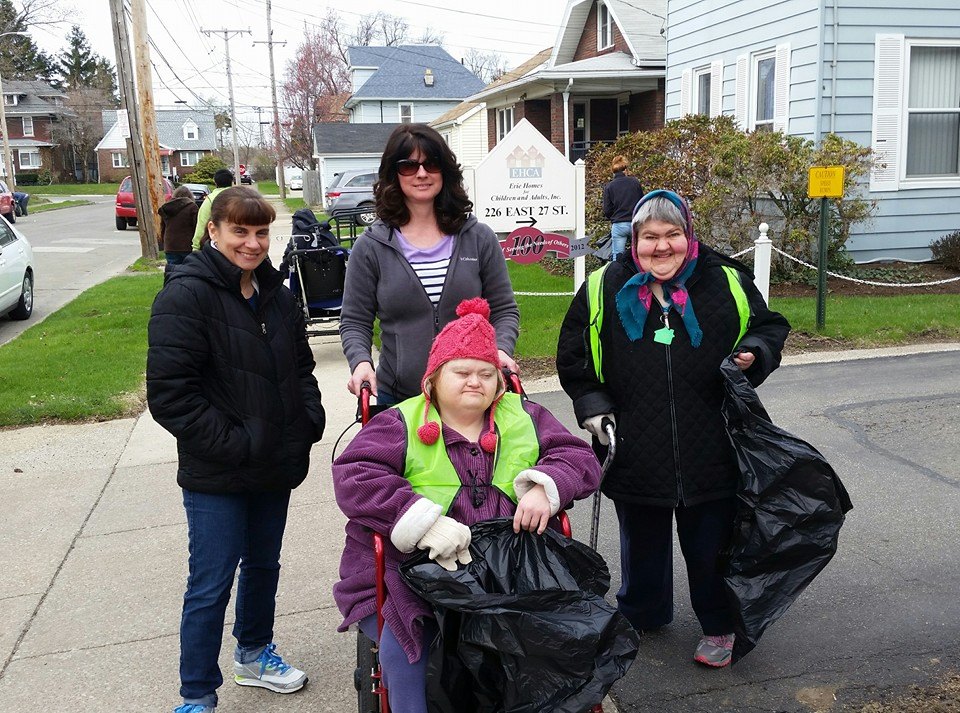 Discarded tires, rusted shopping carts and mounds of trash can be signs that a neighborhood is in decline. But the opposite conclusion can also be drawn, when Erie neighborhood associations are working together to gather all of that junk and get rid of it, to create healthier surroundings.

The Neighborhood Resource Organization, part of the Unified Erie anti-violence initiative, is providing 15 grants, of $1,000 each, to neighborhood watches and other groups for cleanups and various improvements. The program is funded by the Pennsylvania Commission on Crime and Delinquency.

The first five grants have been awarded to Snoops Neighborhood Watch, which covers French to Wayne streets, between East 12th and East 15th streets; the Academy Neighborhood Association, which covers State Street to Old French Road, from East 27th to East 33rd streets; Garden Court, in the 600 block of West Sixth and West Seventh streets; the Bayfront Eastside Task Force, centered north of East Sixth and Parade streets; and a neighborhood group near East and Hess avenues.

With its grant, Snoops rented two big trash disposal bins for its May 30 cleanup. “There are many stories that show trash and debris really set the environment for crime to occur,” said Sue Moyer, manager of Snoops. “So if you have a clean environment, people tend to behave.”

Erie’s center city isn’t the only place that needs attention to improve its appearance. On Thursday, the Erie County Gaming Revenue Authority awarded $131,500 in Mission Main Street Grants to renew historic commercial corridors throughout the county, from North East to Corry to Union City to Wesleyville.

“In communities where main streets in cities, boroughs and towns are well-maintained, there is a sense of vibrancy and civic pride; however, main streets across the country have fallen into disrepair because of the diaspora of retail from historic business districts to malls,” ECGRA Executive Director Perry Wood said in a statement.

Snoops, close to Erie’s first commercial district on Parade Street, also received a $15,000 Main Street grant, which it will use for facade improvements and security cameras for small businesses.

Grants alone can’t reshape a neighborhood. For that you need dedicated volunteers, so it was encouraging to learn that close to 20 people pitched in for Snoops’ cleanup day and that the other associations had similar commitments from neighbors

Working together is the key to making Erie a better place, Sister Joan Chittister, OSB, said at Thursday’s annual meeting of the Erie Community Foundation, where she received the Edward C. Doll Community Service Award.

“It’s collaboration that leads to transformation and it’s ongoing transformation that makes a city great,” she said. So we thank the Erie Community Foundation, which provided a $214,963 grant to the Neighborhood Resource Organization to start this revitalization work.