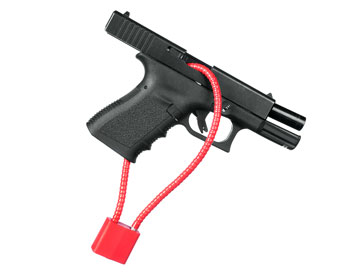 The Neighborhood Resource Organization, in conjunction with Country Fair and Kraus Department Store, is pleased to announce that free gun locks will be made available to Erie County residents. The Neighborhood Resource Organization (NRO), a strategy of the Unified Erie Violence Reduction Initiative, is committed to providing resources to individual neighborhood groups in order to help them carry out strategies identified in the Community Action Plan to address social and physical conditions in neighborhoods that lead to problem behaviors.

According to research and analysis of crime data provided by local law enforcement agencies, the majority of guns used to commit crimes in Erie have been stolen from lawful gun owners during daytime burglaries. Furthermore, most of these weapons were left unsecured while the residents were not home or were taken from unoccupied vehicles when the gun was in plain view or an unlocked glove box.

In addition to the gun locks, the NRO has produced an informational flyer with tips for gun owners to use to secure their firearms. This flyer has been endorsed by the Erie County District Attorney’s Office, the Erie County Sheriff’s Office, the City of Erie Bureau of Police and the Millcreek Township Police Department.

“The distribution of the gun locks and informational flyer is a relatively inexpensive, yet effective means of encouraging lawful gun owners to think about gun safety, their options for securing firearms and protecting them from theft. The NRO is grateful for the participation of local businesses and the partnership with local law enforcement agencies in this effort,”

A press conference to announce the availability of the free gun locks will be held at 10:00 a.m. on Friday, November 14th at the W. 18th and Sassafras Street Country Fair location. Immediately afterwards, residents of Erie County may obtain the gun locks at Kraus Department Store, 810 Parade St. and the following Country Fair locations: W. 18th and Sassafras Streets: 2905 Buffalo Road; 406 North Center Street in Corry; and 76 North Main Street in Union City.